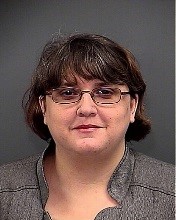 This division is responsible for drafting and revising facility policies, identification of agency needs, specific tasks, and ensuring compliance with all government and private company inspections to include the following; South Carolina Minimum Standards for Local Detention Facilities, National Commission on Correctional Healthcare, American Correctional Association, and Immigration Custom Enforcement and maintaining the facility library.

Zero Tolerance means that no sexual act, contact or harassment, will be tolerated between any inmate with another inmate and/or between an inmate and an employee per South Carolina Code of Laws 44-23-1150. Staff found guilty of such violations will be subject to disciplinary action up to and including immediate termination and possible criminal prosecution. Inmates will be subject to disciplinary action consistent with the requirements of the Sheriff Al Cannon Detention Center's inmate disciplinary procedures, and may be subject to criminal prosecution.

The SACDC is committed to its "Zero-Tolerance Policy" of sexual assault and sexual victimization. Assaults or victimizations that are sexual in nature should be reported to staff members, in writing or by calling (800)586-9431. Any reports will be kept as confidential, as the circumstances allow.

Falsely reporting incidents that did not actually occur may result in disciplinary action or criminal investigations.

Information regarding sexual harassment or abuse of an inmate should be emailed to Stephanie Lipsey, PREA Coordinator or by phone at (843)529-7315.